The European Utility Week 2013, which is the new brand uniting three previous landmark events: Metering, Billing/CRM Europe, Transmission & Distribution/Smart Grids Europe and Smart Homes under one single banner, had its launch in Amsterdam from October 15 – 17.
This leading trade show covered no less than 33,500 square meters (360,000 square feet) and hosted over 400 exhibitors from around the world.
The Works, partners of the organizers since 2003, were once again appointed to official event managers and exhibition contractors.
Close and intense cooperation with the show organizers, combined with meticulously controlled preparations resulted in an extremely smooth running of this major event with its stunning professional “look and feel” and its unique allure.
The Works are looking forward to EUW 2014, which too will take place in Amsterdam. From the numerous positive reactions from both exhibitors and attendees, we can truly predict that the growth of the trade show is far from over and that we can expect a significant expansion next year.
All of us here at The Works are ready for it! 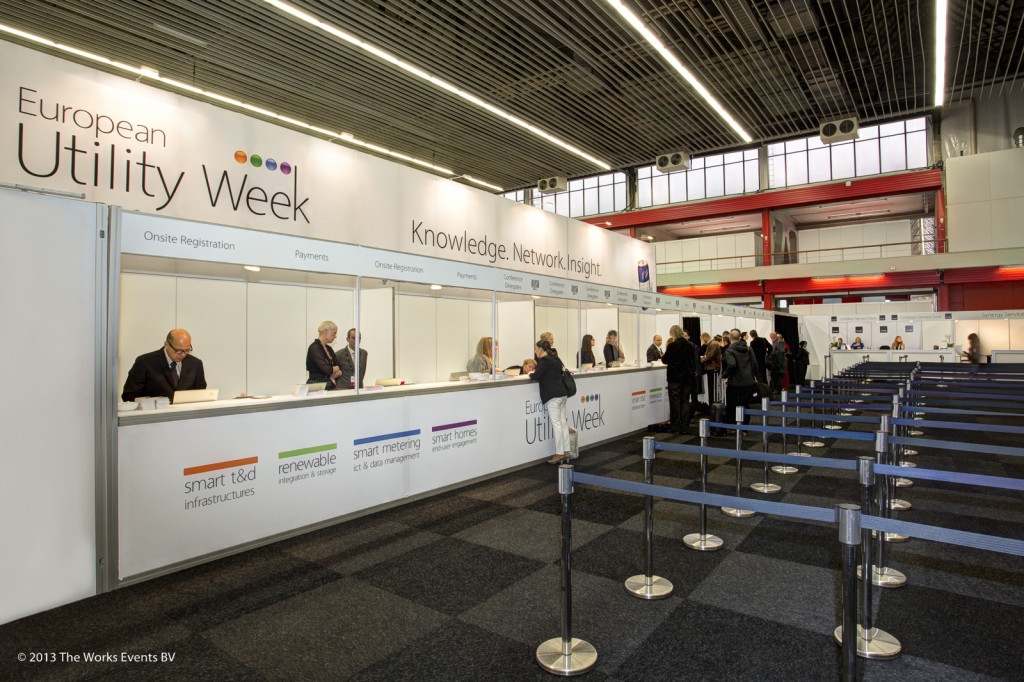